Efficient Antivirus and Antimalware for MAC 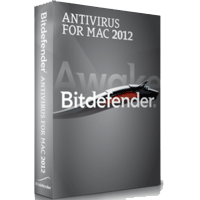 Although Macs are traditionally believed to be less prone to cyber-criminal attacks, recent developments have shown that malware writers are concentrating more and more on finding vulnerabilities in MacOS and popular Mac applications.

There is also a high likelihood of Mac owners using and passing on infected content coming from (and targeted at) Windows-based systems. BitDefender Antivirus for Mac addresses both sides of this issue in that it keeps Mac computers free from Mac viruses while stopping threats that target other platforms, but which may pass through the Mac environment.

BitDefender Antivirus for Mac automatically detects and blocks all known Mac viruses. Intelligent scanning and a small memory footprint lead to a low impact on your computer's speed.

Why Choose BitDefender Antivirus for Mac ?